We are here to inspire you, to help bring out your inner chef, so all cooks become great cooks at Flavours!

Our School is available to everyone from kids to adults, with daytime and evening classes to suit all.

Guest chefs from in and around Dorset teach specific classes according to their specialist fields and demonstrate techniques, ingredients used in the industry today and work with you to create amazing dishes. Most of our classes are hands-on, which means you get to cook alongside chef gaining expert advice right there and then.  If you would rather watch and taste we have a number of classes that will give you some great ideas and get you all fired up to cook at home.

We provide all necessary equipment and ingredients for our classes, so just bring your smile and a comfy pair of shoes! 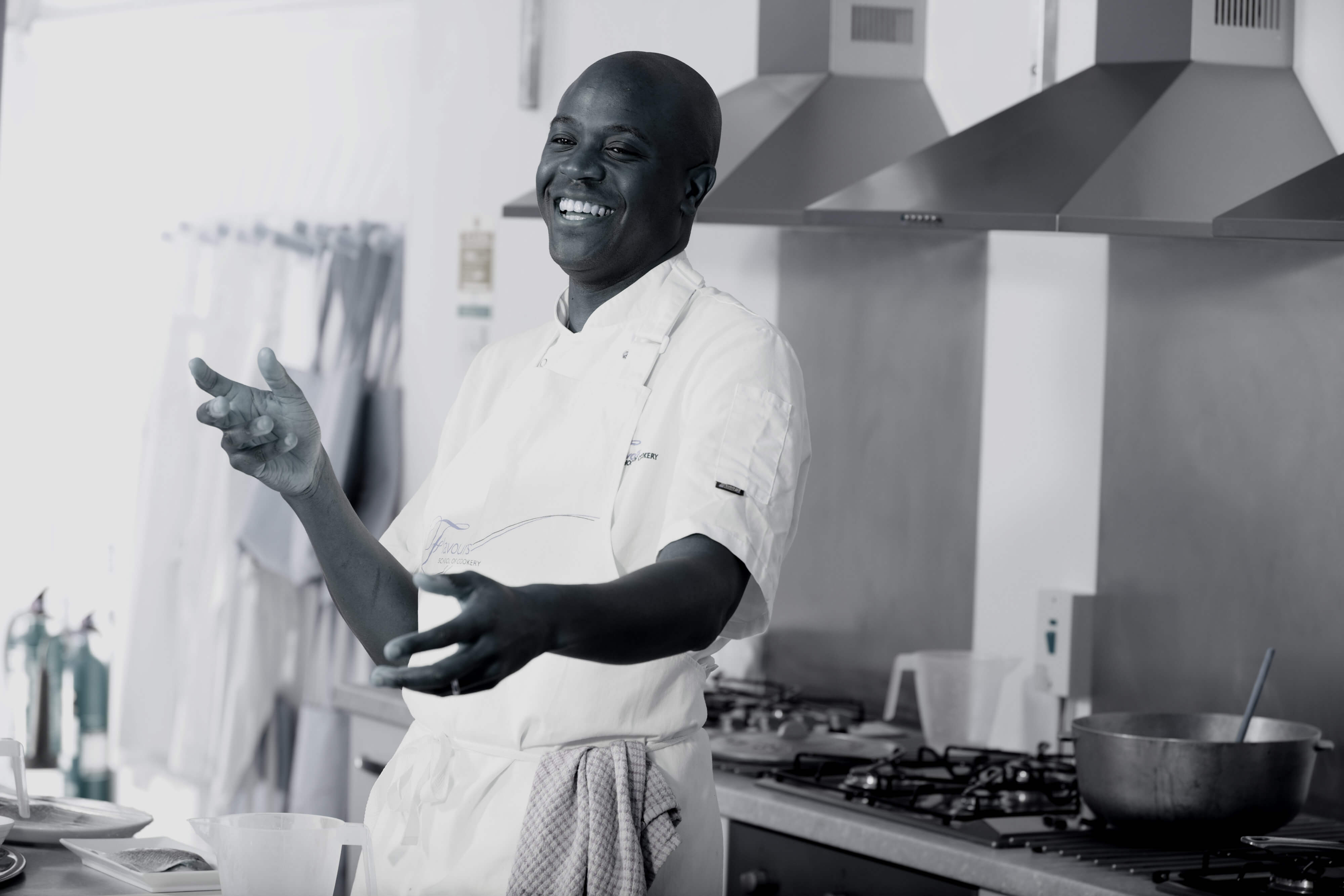 Des started his journey training with Albert & Michel Roux. Completing a 3 year apprenticeship, he then moved on to The Savoy Hotel London under the rein of Anton Edelman, one of the great renowned chefs of his time.

There Des studied Classical French cuisine gaining the basics of all food preparation giving him the building blocks for his career.

Des then cooked his way across Australia, picking up all manner of flavours and ingredients. He then cooked with Master Chef Judge John Torode at Mezzo, at that time one of the largest restaurants in London with the first open glass kitchens available for the customers to watch their meals being prepared.  After two years at Mezzo he was off again to Asia - travelling through Bangkok, Bali and Singapore taking on all of their different foods, spices and textures.

Back in London after 18 months of travelling, he knocked on the back door of the two Michelin star 'The Square Restaurant'. This high pressured cooking environment gave him the taste for more fine dining, so when the Mandarin Oriental Hotel opened its doors, Des was there asking for a commis spot in their state-of-the-art pastry kitchen where he stayed for 12 months. The hotel housed a one Michelin star restaurant called The Foliage; the kitchen happened to be a man down so Des stepped in to cover and remained there for a further year and became a valued member of the team.

After seeing so much of the world and working with some of the best chefs, he decided to create his own interpretation on dishes he had learnt along the way and started a restaurant called ‘One High St’ with his partner who also trained at The Savoy and travelled through Asia with him, in the first year Des and One High St were awarded 2 AA Rosettes for food which was a great honour.  After several years at the restaurant Des moved on into Poole and became the Head Chef of the Sands Brasserie, Sandbanks Hotel.

From then until now Des has helped a number of chefs find work, guiding younger chefs into a good career path and now he is teaching kids, adults, mums and dads. With his flair and enthusiasm for food he makes every class refreshing, interesting and of course full of flavour!